US continues domination in the TOP 20 academic rankings

ShanghaiRanking began to publish Academic Ranking of World Universities (ARWU) by academic subjects since 2009. The 2019 release contains rankings of universities in 54 subjects across Natural Sciences, Engineering, Life Sciences, Medical Sciences, and Social Sciences. In total, more than 4000 universities were ranked. 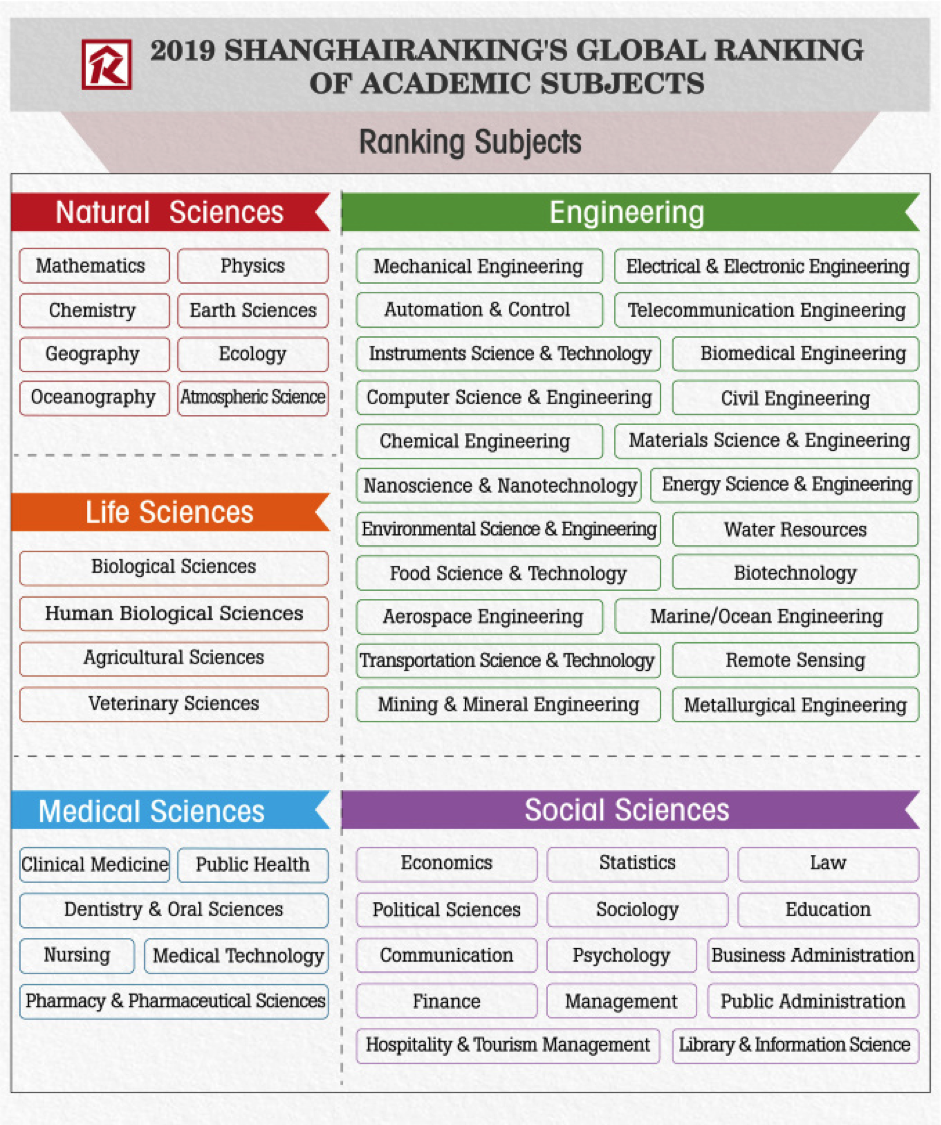 In a statement, IREG Observatory on Academic Ranking and Excellence said the ranking is well regarded for a consistent and transparent methodology, using six indicators derived from publicly accessible data. “It has usually avoided the volatility that has sometimes undermined other global rankings,” it explained.

President of the Higher Education Policy Institute, Bahram Bekhradnia, who has previously written a report calling for universities and governments to discount rankings when deciding their priorities, policies and actions, said the rankings were “more honest” than others.
“The Shanghai rankings incorporate only research criteria and do not pretend to assess universities on the basis of anything other than research. They are rankings of research quality, and explicitly so,”

If you would like to have a look in the full ranking please check it here: www.shanghairanking.com.