New numbers for ELICOS in Australia

A recent report from ELICOS in Australia (English courses for international students) shows that in 2018 enrolments grew by only 1% comparing to 2017 to reach 179,340 students. There was also no great change in the number of study weeks, students stayed in Australia for a slightly lower average duration in 2018 as well: 13 weeks versus 13.2 in 2017.

International Students Nationality
Here is where we see some changes comparing to 2017. There was an 11% decline in student numbers from Europe, a 7% increase from the Americas, and a 1% increase from Asia-Pacific.It was the MENA (Middle East and North Africa) region that contributed the highest rate of growth in student numbers: 9%
The Asia Pacific is still the region with the highest numbers of international students in Australia, with 121,730 in 2018 followed by the Americas with 33,645.
Students from Americas and MENA also represent those who stays in Australia for a longer period. America’s average stay is of 17.1 week and MENA 17.2 weeks. On the other hand, students from Asia stays only for an average of 12.1 weeks and European students for only 10.5 weeks in 2018. 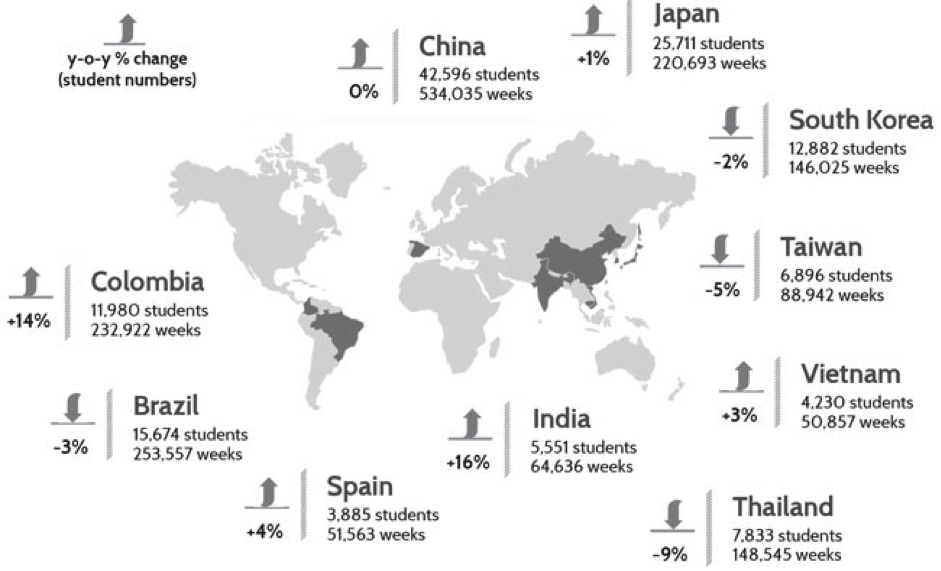