As we know Canada is one of the top destinations for studying abroad. The newly released 2018 Annual Report on Language Education in Canada, shows that the number of enrolment in Canada’s language programmes grew by 6% from 2017 to 2018, with Canadian language schools booking a 2% increase in student weeks over the same period.

Most of the international students are coming from Asia, representing 41% of the total, followed by Latin America (32%) and Europe (11%). 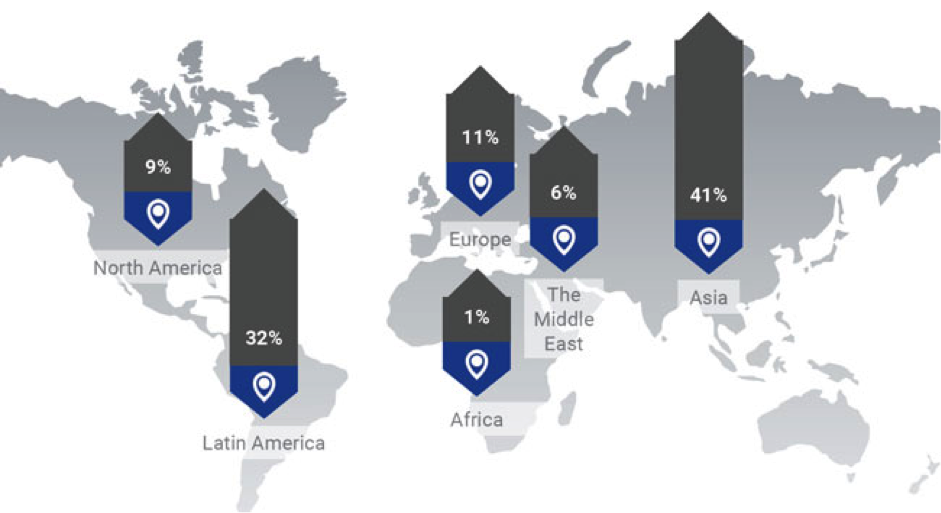 As per the next table, most of the top sending countries for Canadian language programmes grew between 2017 and 2018, with a huge growth seen from Latin Markets and Vietnam. 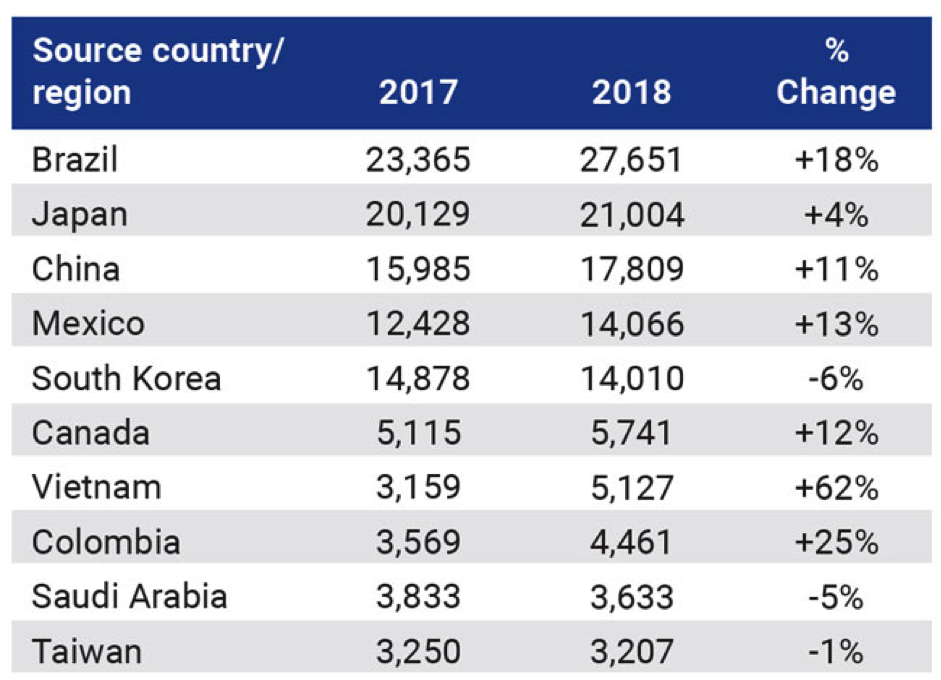 The major factor behind the increase on Vietnam numbers is that in June 2018 we had an expansion of the Student Direct Stream in Vietnam. For the Latin America numbers, Languages Canada Executive Director Gonzalo Peralta says that “It is hard to pinpoint one single reason. But probably the strongest is the geopolitical factor. Changes to visa requirements for Mexico certainly help. And Languages Canada has a strong presence in all three markets that we have cultivated for years, especially Brazil and Mexico with Colombia being more recent.”

Almost half of the enrolments (46%) were made to Language programs with duration between 4 and 12 weeks, with an average stay of 10.5 weeks. However only 1 in four students enter Canada in a Student Visa, the majority enters the country as tourists.

Six in 10 booking where made through an Educational Agent and 21% of the enrolments were made by the students directly. Nearly 29% of the students that attend a Language program are using it as a preparation for post-secondary studies in Canada.

Comparing Canada with other destinations for English studies the country appears on fourth position, after the UK, the USA and Australia and is the second most popular destination for studying French (after France).